Stochastic Adaptive Forwarding (SAF) is a forwarding strategy for Named Data Networking (NDN) developed at ITEC. It has been specifically designed to meet the following objectives:

SAF reaches these objectives by imitating a water pipe system. Network nodes act as crossings for an incoming flow of water (Interests). Returning Data packets act as input for a probability distribution which determines the share of the flow that is forwarded via the different pipes (outgoing interfaces). Each crossing maintains an overpressure valve. If the pressure on a node increases, e.g., due to network congestion, it may use the overpressure valve to lower the pressure autonomously. Forwarding decisions in SAF are based on an exchangeable measure that defines the target of the adaptive forwarding. Objectives include, but are not limited to: maximize Interest/Data satisfaction ratio,
minimize delay, hop-count, or transmission costs. The below figure shows the model of an NDN node using SAF. 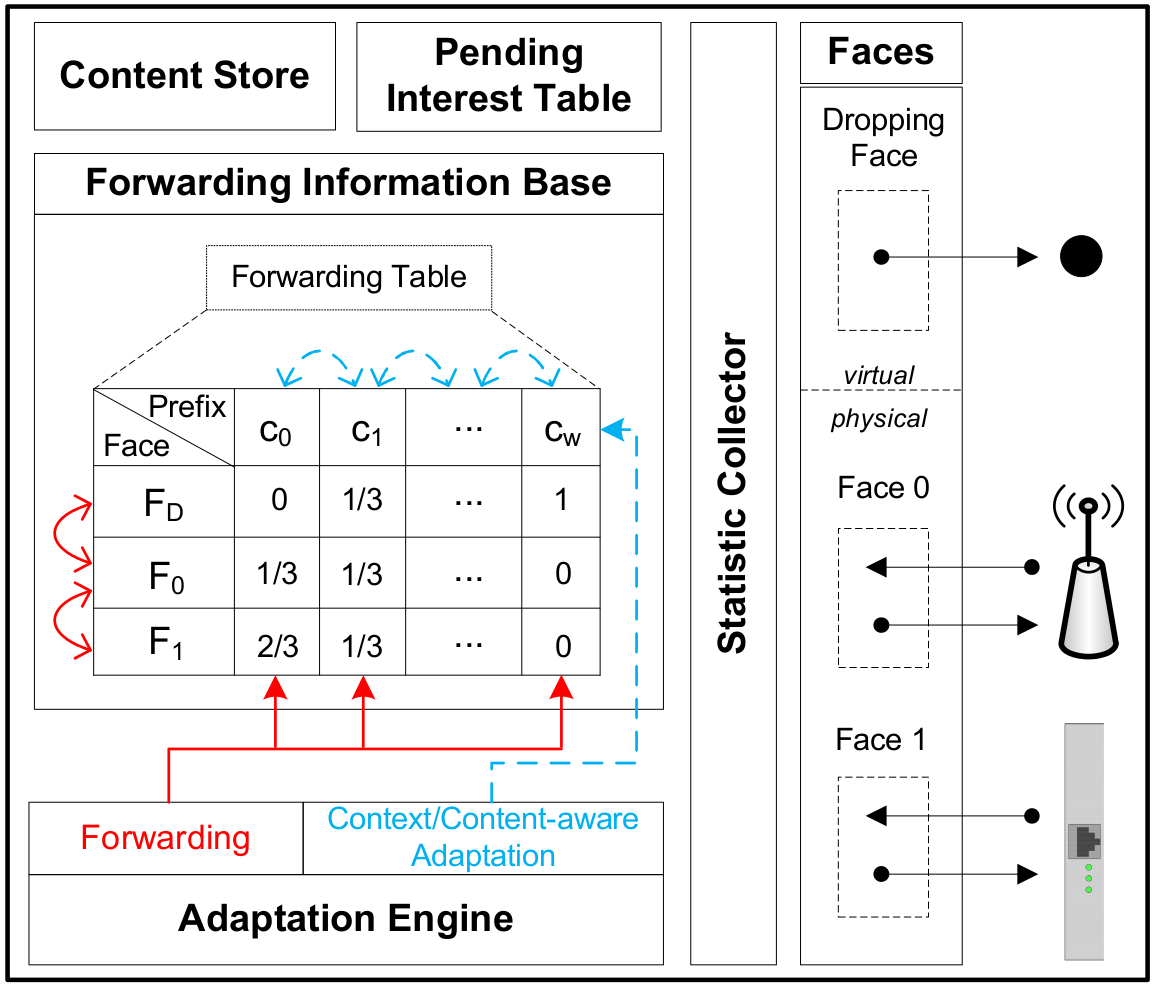 Adaptivity provided by SAF is not only achieved by intelligent multi-path transmission using redundant paths. SAF is also able to exploit content-based information to further improve the forwarding decisions. For instance, this is beneficial for multimedia scenarios where the relative priority of packets (i.e., VoIP vs. file transfer) is more important than a purely throughput- and/or delay-based metric may indicate.

SAF has been implemented for ndnSIM 2.0 and is open source.  More details on SAF (including a performance comparison to existing approaches) can be found in the pre-print version of the SAF paper.